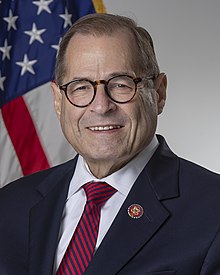 Congressman Jerrold Nadler is running for reelection to represent District 10 in the 117th Congress. Nadler has represented his district since being elected in 1992. Throughout his time in Congress, Nadler has sponsored numerous pro-environment legislation such as the Clean Air Act in 1999, and HR1922 in 2015 which amends the Federal Water Pollution Control Act. On the 2019 Environmental Scorecard, Nadler received 100%. He has committed to legislation such as HR5221 which declares a national goal that the United States achieve a 100 percent clean economy by 2050, and the Climate Action Now Act (HR9).