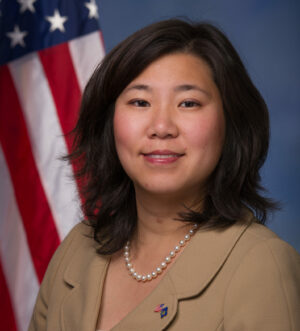 Grace Meng is an incumbent seeking re-election to represent New York’s 6th Congressional District. Throughout her time in congress, she has consistently fought for ecologically protective legislation spanning from incentivizing research through the creation of grant funding, expanding funding to the EPA to provide assistance to municipalities in replacing lead pipes, encouraging protections of the Clean Air Act, etc. Moreover, she believes the U.S. must return to the Paris Climate Agreement, and she is committed to fighting for clean energy and a sustainable future. Meng has actively called for NYC to address the ongoing crisis of lead in schools, and public housing. She also introduced the Carbon Capture Prize Act, which would ultimately reduce the amount of carbon dioxide in the atmosphere. Finally, as a member of the House Appropriations Committee, I secured billions of federal funding to strengthen our resilience, response and research of climate change. She plans to continue her efforts in preserving the planet for generations to come.