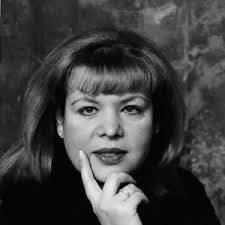 Lisa Linden is the Media Strategist at The LAKPR Group. Over a career that has spanned more than four decades, Lisa has established a reputation as one of the top professionals in the public relations field, having worked with scores of prominent executives and political figures, major public and private companies and non-profit institutions to build their brands, shape perceptions and achieve their goals through effective communications.

Prior to joining The LAKPR Group, she was president & CEO of LAK Public Relations, which she co-founded in 1993.

A veteran crisis communications strategist, Lisa has served in senior consulting and staff positions on Presidential, Congressional and statewide campaigns and is frequently called upon to counsel clients through high-stakes business and reputational issues, particularly those at the intersection of the private and public sectors. In the wake of the September 11th terrorist attacks, she played a key role working with New York City’s hospitality and tourism industry to mount the city’s comeback, as well as with the Families of Flight 93 in their efforts to develop the Congressionally-mandated Flight 93 National Memorial in Shanksville, Pennsylvania.

Named one of City & State’s Political PR Power 50, Power Women, 50 Over Fifty, and 100 Responsible New Yorkers lists, Lisa is a fixture in New York City’s civic community. She serves on the boards of NYC & Company, the City’s convention & visitors’ bureau, the New York League of Conservation Voters, and The NYLCV Education Fund. She is a member of the Board of Governors of the New York Building Foundation, an Associate Partner of the Partnership for New York City, and a member of the Broadway Association.

Previously, Lisa was a Senior Vice President at Howard J. Rubenstein Associates, Inc. Before that, she was Press Secretary to the U.S. Senate Small Business Committee in Washington, DC, chaired by then-U.S. Senator Lowell Weicker, Jr., where she publicized the activities of the committee, its 19 Senators and its Chairman. Earlier in her career, she served as Director of Constituent Services, Deputy Chief of Staff and Press Secretary to New York State Senator Roy Goodman.