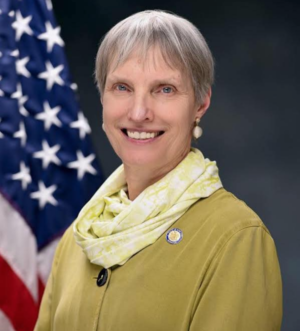 Rachel May is running for State Senate in the 48th District

Rachel May is running for State Senate in the 48th District. Since her election in 2018, Senator May has continued to fight for environmental issues. In the Senate, she has been active on the Environmental Conservation Committee and earned the honor of Environmental Legislator of the Year from Environmental Advocates Action in 2020 for her various legislation and sponsorships, such as to stop the importation of fracking waste into NY. May supports standards to increase efficiency and reduce energy usage, as well as a priority of freshwater protection in the anticipation of climate migration into our region, including stopping cryptocurrency mining in the Finger Lakes and other efforts to revive old power plants and use the lakes for cooling high-intensity industries. She has a bill for allowing green energy production on state reforestation lands that now only allow oil and gas drilling, and supports solar, wind and geothermal production, storage, and distribution. May has worked closely on soil health bills, promoted the watershed Agricultural Council model of protecting wetlands near farms, and strongly supported Cooperative Extension and Soil and Water Conservation District efforts to reduce flooding and promote more sustainable soil and waste management on farms.