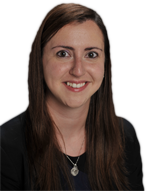 Assemblymember Nily Rozic is running for reelection to Assembly District 25. She has represented her district since being elected in 2012. Rozic has sponsored numerous pro-environment bills including A4880 which provides oversight of the NY State Department of Transportation, and A7431-B, which allows for the expansion of local e-bike usage. On the 2019 State Environmental Scorecard, Rozic received a perfect 100%. Among other things, Rozic has committed to supporting advances in public transportation such as Congestion Pricing for New York City, and requiring the NYS DOT to publicly release capital plans and project lists prior to passing the state budget.