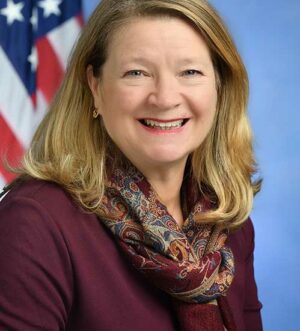 Karen McMahon is running for State Assembly District 146, and has been the incumbent since her election in 2018. McMahon is a member of the Village of Williamsville Environmental Advisory Committee, and has advocated throughout her life for the protection of the environment. In her first year in the State Assembly, McMahon banned plastic bags, passed the Climate Leadership and Community Protection Act, and allocated $500 million for clean water infrastructure. She has co-sponsored several bills; to require the development of a clean fuel standard to reduce greenhouse gas emissions in the transportation sector; to allow for reimbursement of school districts for the purchase or lease of electric school buses; to increase the certificates of registration for entities that manufacture or assemble zero emissions vehicles to open sales locations in New York State; to reduce usage of plastic straws and stirrers; to protect wetlands; and to fight climate change with the CLCPA. McMahon is the lead sponsor of many bills; to require the state DEC to educate the public about the health and environmental impacts of idling vehicles, such as air pollution from vehicle emissions, environmental impacts of carbon dioxide emissions and health risks associated with exposure to vehicle emissions; and to set standards for alternative fuel quality. She supports legislation to prohibit false claims about recyclability and plastic container labeling, and to ban single-use Styrofoam food containers and packing peanuts.