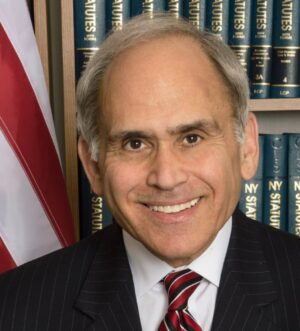 Jonathan Jacobson is running for re-election in Assembly District 104

Jonathan Jacobson is running for re-election in Assembly District 104, where he has been an incumbent since 2018. While in office, Jacobson co-sponsored the Climate Leadership and Community Protection Act, passed legislation to study how to bury the New York transmission lines, supported legislation to protect 30% of state land by 2030, and advocated for new water quality standards. If re-elected, Jacobson will continue to fight against environmental pollutants such as PFOS and PFAS that directly impact his community’s water supply. Jacobson received a perfect score on the NYLCV Environmental Scorecard in 2021.