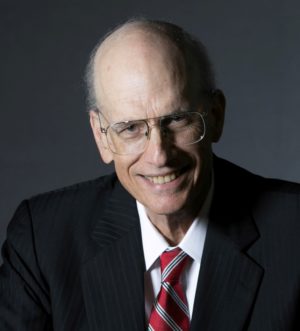 Charles S. Warren is the chairman of the Environmental Group at the law firm of Kramer Levin Naftalis & Frankel LLP. A former regional administrator with the U.S. Environmental Protection Agency, he has over 35 years experience in environmental law, both in government and private practice.

Warren currently is a member of the Policy Committee of the New York/New Jersey Harbor Estuary Program and is former Chair of the Board of the New York League of Conservation Voters. He has also been Co-Chair of the Committee on Air Quality of the Environmental Law Section of the New York State Bar Association. He previously served as Regional Administrator for Region II (New York, New Jersey, Puerto Rico, Virgin Islands) of the U.S. Environmental Protection Agency. He also was Director of the EPA’s Office of Legislation and was Chief Legislative Assistant to U.S. Senator Jacob K. Javits of New York.

Warren is distinguished by his peers as one of the pre-eminent lawyers in his field, and has been recognized as such byChambers USA (2008-2016) and the Guide to the World’s Leading Environmental Lawyers. He is listed in Best Lawyers in America, 2007-2016 and in the 2006-present editions of New York Super Lawyers, a special supplement to The New York Times.