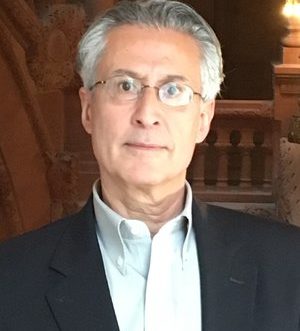 Michael Avella is Partner at Dickinson & Avella, PLLC. He was a counsel for the New York State Senate from 1995-2008. He most recently served as the Chief Counsel to the Senate Majority under two Majority Leaders. In his capacity as the chief legal officer for the New York State Senate, he advised the Majority leader and each member of the Majority Conference on every major policy initiative confronting the State. Prior to his service as Majority Counsel, Mr. Avella worked as the tax, racing/gaming and budget counsel in the State Senate, where he oversaw taxation, racing/gaming and budget issues facing the State and New York City on a legislative level.

Michael serves on the Board of Directors of the Empire State Performing Arts Center “The EGG”. The EGG is a New York State public-benefit corporation that was created in 1979 and is a premier venue providing performing arts for the Capital District. Michael has also served as a member of the New York State Deferred Compensation Board where he oversaw in excess of $10 billion in voluntary retirement savings of State employees and employees of approximately 880 local governments. Mr. Avella also served as a member of the New York Racing Franchise Oversight Board where he was able to utilize his expertise in racing and gaming towards overseeing thoroughbred horse racing in the state and was charged with the responsibilities: to represent the interests of the state in all real estate development proposed for Aqueduct racetrack and Belmont Park racetrack; to oversee, monitor and review all significant transactions and operations of NYRA; and to monitor and enforce compliance with the franchise agreement between NYRA and the state of New York. Previously, Mr. Avella served as an IDA Commissioner of the City of Troy, NY.  A member of the New York State Bar, he received his J.D. from Albany Law School and his B.B.A. in Accounting from Siena College.