Central New York has an opportunity to revitalize its urban centers and preserve remaining open space in suburban and rural areas.

Onondaga County has long languished under the strain of years of air, soil, and water pollution. In recent years, however, cleanup efforts have started restoring polluted sites, on a path toward its cleanest state in a century. Syracuse, in particular, has made tremendous efforts in making its downtown more liveable through sustainable development, smart growth, and complete streets. But challenges still remain, such as the battle over the replacement of I-81, which bisects the city and limits development in its center.

Anything we missed that we should be working on? E-mail Patrick McClellan, New York State Policy Director at pmcclellan@nylcv.org and let us know!

News
Close Huntley And Dunkirk? Why Not?
The Huntley and Dunkirk coal plants have no reason to stay open, the New York Independent System Operator claims, but politics might interfere with progress.
Learn More

Read about ISSUES IN YOUR REGION

View all articles about issues in my region

Meet the NYLCV ENDORSED CANDIDATES IN YOUR REGION

See all NYLCV endorsed candidates in my region 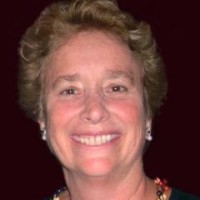