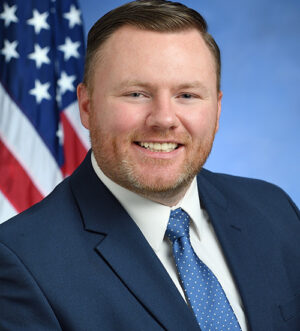 Patrick Burke is running for State Assembly District 142, and has been the incumbent since his election in 2018. Burke is a member of the Environmental Conservation, and as a Chair for the Oversight of the Department of Environmental Conservation Sub-Committee he recognizes the importance of environmental conservation and his legislation is reflective of that priority. Among his accomplishments, Burke sponsored the first microbead ban in New York State in 2015 and has continued to support local initiatives to protect the Great Lakes. He has introduced various pieces of legislation this term, including a ban on single use plastics, the establishment of a Bill of Rights for the Great Lakes, and requiring all municipalities in the state to have a recycling program. Burke supports and is a co-sponsor of the Climate and Community Investment Act, and continues work to keep our water and green space clean. He has signed onto a letter supporting the Environmental Bond Act, to protect the Great Lakes via shoreline hardening and to mitigate some of these ill effects. Burke believes that electrifying public transit is an important step to lower carbon emissions, and supports several bills to lower barriers to electrified personal transportation. He proposed the Honeybee Protection Act in 2017 in an effort to protect pollinators, and has worked closely with the Western New York Conservancy to build sustainable agricultural land to lower emissions and provide access to healthy food grown in their environment.