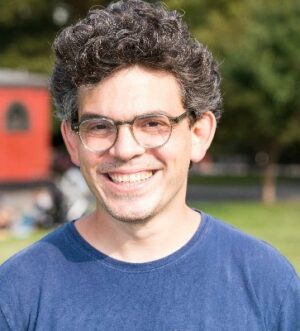 Lincoln Restler is running to represent City Council District 33. Restler has been an environmental advocate for many years and has worked on climate justice initiatives such as Local Law 97, a waste equity bill, and the plan to divest pensions from fossil fuel companies. He also has been a supporter of increased transit accessibility and Open Streets. If elected, he will work to electrify the City buses, including the DOE school buses and MTA buses; to make the 33rd Council District the first carbon-neutral district by 2030 by electrifying our housing stock, incentivize clean energy, and facilitate composting and recycling; and to provide clean air for all through ambitious energy and transportation plans.