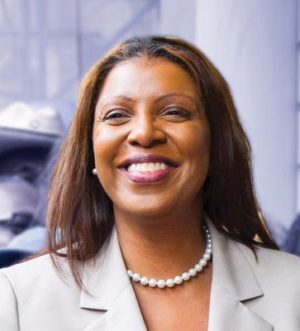 Letitia James has a record of fighting to protect New Yorkers against environmental and public health hazards like lead and emerging contaminants in water. She is committed to taking legal action to prevent lead poisoning among children, to ensure access to clean drinking water, and to stop the EPA from gutting the Clean Water Act. She has also committed to strengthening the Attorney General’s environmental bureau improving air quality and reducing hazardous pollutants that cause asthma

As the Public Advocate, James launched her own investigation into the New York City Housing Authority’s failure to perform required lead paint inspections of its aging apartments. As the Chair of the City Council’s Sanitation Committee, she sponsored legislation to expand organics composting.

She was also an early supporter of a sustainable transportation network in the city, including bike lanes, and pledged to support congestion pricing in order to fund the MTA.