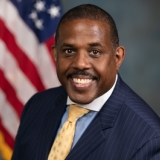 Kevin Parker is an incumbent seeking re-election to represent New York Senate District 21. As chair of the Senate Committee on Energy and Telecommunications, he passed multiple bills to transition us to our clean energy future and protect the environment. This action includes creating the State Energy Planning Board, adding more clean energy sources to the definition of the term “alternate energy production facility” in the public service law, making micro-hydroelectric generating equipment eligible for net metering , authorizing NYSERDA to study improving energy efficiency in office buildings , prohibiting a homeowners’ association from preventing installation of solar power,  and creation of a permanent Environmental Justice Advisory Group. He also passed the Community Solar for Disadvantaged Communities Act that was vetoed. And I was one of the main negotiators of the CLPCA. Finally, he authored the Climate and Community Investment Act and the Build Public Renewables Act. He plans to continue these initiatives in the next assembly session.