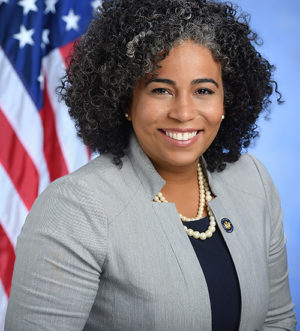 Karines Reyes is an incumbent seeking re-election to represent Assembly District 81. As a member of the Assembly, she has supported several pro-environment pieces of legislation, such as: the enacted Climate Leadership & Community Protection Act (CLCPA) and the Climate & Community Investment Act (CCIA). On  programmatic/administrative issues, she has been a leader on environmental justice. In 2020, Reyes co-led a letter with State Senators Gustavo Rivera and Todd Kaminsky to protect funding (which Governor Cuomo consistently raided during the budget process) and made positive structural changes to the Regional Greenhouse Gas Initiative (RGGI). Those changes—adopted by NYSERDA and DEC—prioritized frontline communities’ need to receive more funding from initiative proceeds to address the effects of climate change. In her district, I have been a leader on pro-environment issues. In 2021, she organized and galvanized Bronx elected officials in support of capping the Cross Bronx Expressway—using federal Bipartisan Infrastructure (BIF) and potential Build Back Better Act (BBB) funds to reconnect Bronx communities and protect residents from fossil fuel exhaust that contributes to the high asthma rates. Additionally, she sponsored legislation to create a council within the Department of Health to address the correlation of high rates of asthma in minority communities. In the next session, she plans to continue to champion environmental justice and equity for all.