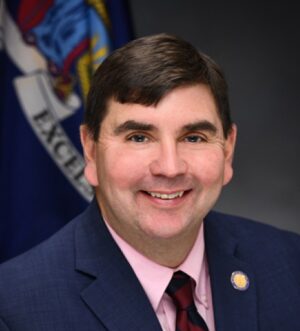 John Mannion is running for State Senate in the 50th District

John Mannion is running for State Senate in the 50th District. Since his election in 2020, Senator Mannion has continued to fight for environmental conservation. He supports the banning of carcinogens in fire retardant electronics and material, and legislation incentivizing transitioning of fleets to electric. Senator Mannion supports Extended Producer legislation and voted in favor of the EPR bill. He co-sponsors a bill to preserve 30% of its lands and waters by 2030, and the Clean Fuel Standard to electrify fleets, incentivize EV purchases, increase the amount of EV infrastructure and continue to research new technologies to address the crisis. Mannion supports the implementation of green energy practices into any state funded project, and he passed legislation to establish the Flood Mitigation Task Force and hopes to empower it with grant dollars to address chronic flooding.