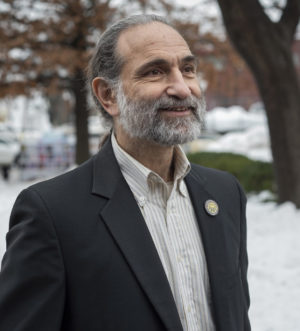 Joe Seeman is running to represent State Assembly District 112. Seeman is a long-standing organizer and activist advocating for a multitude of environmental actions. Seeman firmly believes in the effectiveness of science-based policies and noted in his response to the 2019 LCV questionnaire, that he intends on using such a strategy to enact and enforce stringent green initiatives to tackle matters ranging from safe levels of lead in drinking water to sustainable farming practices.