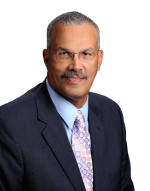 Jeffrion Aubry is running for reelection to State Assembly, District 35

Assemblymember Jeffrion Aubry is running for reelection to Assembly District 35. He has represented his district since being elected in 1992. On the 2019 State Environmental Scorecard, Aubry received 78%. Since entering the Assembly, Aubry has consistently supported increasing public transportation initiatives in his district. Aubry is committed to supporting the creation of green jobs including helping to find ways for the formerly incarcerated to be part of the green economy.