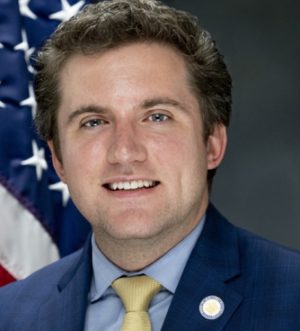 Senator James Skoufis is running for reelection to represent State Senate District 39. Skoufis has represented his district since being elected in 2019. Skoufis has demonstrated a strong commitment to the environment, including sponsoring S1673, the State Transportation Plan which requires the commissioner of transportation to develop and present to the governor and legislature a five-year capital plan, with defined projects. S1673 was passed in 2019. As well as supporting environmental legislation, Skoufis has advocated for additional funding to be allocated towards the Environmental Protection Fund (EPF) and the New York State Department of Energy and Conservation (DEC). In 2019, Skoufis received 100% on the State Environmental Scorecard. In the endorsement questionnaire, Skoufis highlighted that he is actively involved in financial planning for the transitioning of communities that host fossil fuel power plants.