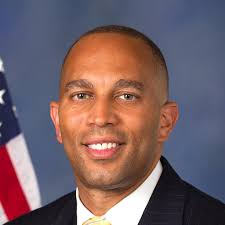 Representative Hakeem Jeffries is running for reelection to represent District 8 in the 117th Congress.  Jeffries was first elected to represent this district in 2012.  Throughout his time in Congress, Jeffries has devoted himself to protecting wildlife by assisting in the conservation of endangered amphibian species through his sponsorship of HR 4340.  Furthermore, Jeffries sponsored Public Law No:115-168 that amended the Fish and Wildlife Act of 1956 including providing funding for refugee education programs of the National Wildlife Refuge System.  On the 2019 Environmental Scorecard, Congressman Jeffries received a 97%.