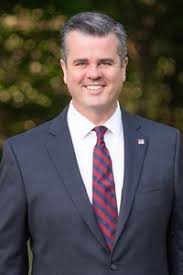 Chris Missick is running to represent State Senate District 55. As a local farmer and winemaker Missick understands the importance of sustainable practices in the agricultural sector. Missick has expressed interest in advocating for greater biodiversity and widespread adjustment towards sustainable farming practices. Missick has also shown his support for advancing recycling efforts and encouraging ways to mitigate carbon emissions in accordance with the state’s Climate Initiatives.

Chris Missick supports a doubling of the Environmental Fund to $600 million over the next three years. He also supports the creation of a state infrastructure bank for conservation projects to work alongside the Green Bank for energy investments.