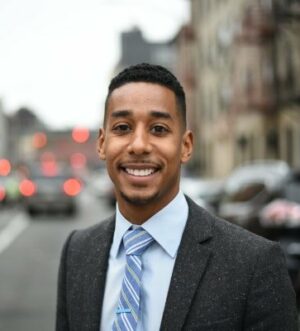 Antonio Reynoso is running for Brooklyn Borough President. Reynoso is the New York City Council Member for District 34, earning a perfect score of 100% on our Environmental Scorecard for the past three years. In his time as Council Member, he has been a strong proponent of reducing waste. He authored and passed commercial waste zone legislation, removing millions of sanitation truck miles traveled through the city each year and reducing pollution.

If elected, Reynoso vows to decrease the impact of polluting roadways on surrounding communities. His plans to reimagine the streetscape to include expanded bike and bus lanes, as well as electric vehicles. In addition to these objectives, he will prioritize a citywide residential organics program and a save-as-you-throw program.