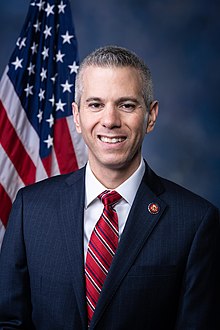 Congressman Anthony Brindisi is running to represent House District 22 for the 117th Congress. Last year, along with the majority of his Democratic congressional colleagues Brindisi was a cosponsor on H.R.9, the Climate Action Now Act which calls on the President to meet its nationally determined contribution under the Paris Agreement. H.R.9 passed the House in May 2019. Brindisi received a 97% on the 2019 National Environmental Scorecard. On the endorsement questionnaire, Brindisi has committed to rejoining the Paris Climate Agreement, and says “we need a windfall profits tax on energy producers who profit off of public lands.”