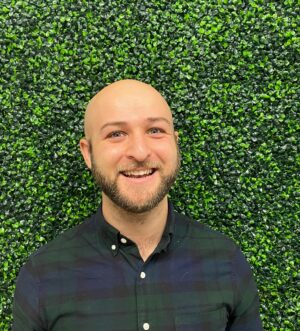 Jordan Levine has over a decade of experience in New York public affairs and is currently Head of Communications for Transit, Bikes and Scooters at Lyft. In that role, he serves as the lead spokesperson for the nation’s largest bikeshare network with eight systems including: Citi Bike, Divvy, and Bay Wheels. He also develops and executes communications strategies to help Lyft fulfill its mission of improving people’s lives with the world’s best transportation and to reduce personal car ownership.

Prior to his current role, Jordan was Deputy Communications Director for Energy and Environment with New York Governor Andrew M. Cuomo. Working in the Executive Chamber, he oversaw the communications departments at a portfolio of eight state agencies including DEC, OPRHP, NYSERDA, NYPA and DPS. Additionally, he worked closely with the Governor’s team and agency leadership to develop, advance, and implement key priorities in fighting climate change and protecting the environment.

Jordan has also held communications roles at ofo, a dockless bikesharing company, for Council Member Mark Levine, and at NYLCV. As a former communications director for the League, he is proud to help give back to the organization as a member of the New York City Chapter Board. Jordan also spent time working for State Senator Daniel Squadron and has been involved with over a dozen state and local campaigns.

He holds a BA from Grinnell College and currently resides in Long Island City where he is a member of Queens Community Board 2.